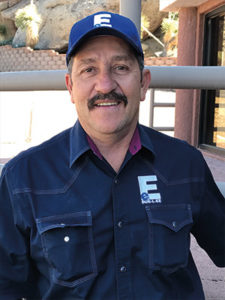 Eddie was born and raised in Las Vegas, NM. He has been a resident of Albuquerque for 40 years.

Beginning his early career as a welder, Eddie learned many parts of the Natural Gas Construction Industry providing him with over 33 years experience in Supervising, Managing, and Project Management.

Becoming an expert in all phases of Project Development and Execution has consistently helped him achieve goals and expectations on every project.

In 2012, Eddie and his son, Eddie Jr., decided to start their own business, Dub-L-EE, LLC. Owning his own business has enabled Eddie to utilize all of his expertise in managing large, complex, and potentially (safety critical) projects.

Since he began ownership of Dub-L-EE, Eddie has obtained his GF-9 and GB-98 certifications which will also allow for any and all construction needs to be met. In 2017 Eddie became a qualified Small Minority Disadvantaged 8(a) firm. In the first year of Eddie’s program he has secured over 4 million dollars in government set-asides and will work diligently for the remaining eight year term for many more. 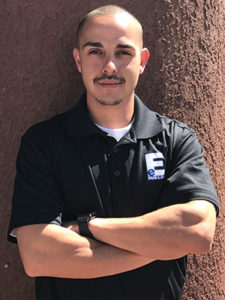 Eddie has been a resident of Albuquerque his entire life.

After he graduated from high school, Eddie joined the Plumbers & Pipefitters Union where he obtained his Journeyman Plumber and Journeyman Gas Certifications. He then worked in the commercial plumbing industry for 7 years until he and his father decided to go into business together and started Dub-L-EE, LLC.

In the last 7 years Eddie has obtained his GA02, GA03, and MM98 certifications allowing Dub-L-EE to fully utilize Eddie Sr. and Eddie Jr.’s expertise in the construction industry. 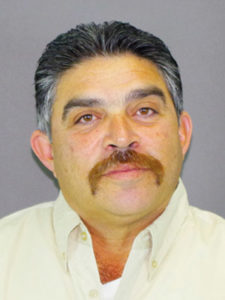 Born and raised in Albuquerque New Mexico, I am a graduate of Albuquerque High, I am also an Operations Desert Shield/Desert Storm Veteran. I have been in the construction over 30 years and I have had the opportunity to work with several agencies throughout New Mexico such as the city of Albuquerque, NMDOT, New Mexico Gas C0. Corp of Engineers, DTRA, Kirkland Airforce Base, BIA, and New Mexico Forest Service. I have had the opportunity to manage project ranging from $5,000.00 up to $25,000,000.00 it has always been a pleasure to serve my community as well as my State, and Country. 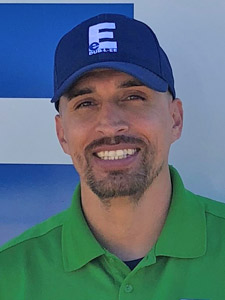 Mr. Montoya was born and raised in Roswell, New Mexico and a proud lifetime native of this beautiful state.
Attended NMSU and now residing and happily married here in our thriving city of Albuquerque.

Joseph is proficient in organizing, coordination, and expediting several projects within DUB-L-EE, LLC.
Mr. Montoya also addresses customer service issues and oversees the damage prevention department.
His goal is always to do a safe and quality job in an efficient amount of time. Mr. Montoya has earned his position through the ranks which gives him an advantage to understand and comprehend all aspects of the company from the field to the office.